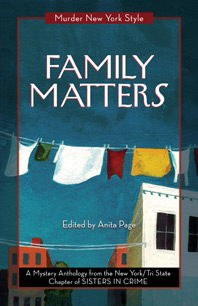 An ugly guy with stinking breath jumped to sit on to the cracked counter next to Kimber's last fluff-and-fold. Gabriel was one of Vatto's lieutenants, and Kimber had just turned sixteen, state-legal, not that Vatto was so picky.

She'd become property, no less than this laundromat, ever since Vatto let her and her brother stay in the apartment next door, deducting the rent from their pay. She still barely needed a bra, and Vatto was known to hate scrawny butts like hers, but nonetheless, he'd turned her body into an asset. He'd co-opted her virginity as an award, demanding his lieutenants exceed themselves to win it as a loyalty prize.

Kimber thought even Ma would've been impressed with that trick, or thought of it herself eventually.

About a week ago, there'd been a night of thumping and slamming doors when Kimber had already known, somehow, that her brother Trey's body was cooling on the floor of the basement below.

It was she who'd understood the importance of the tiny, third phone stuffed down the baggy sock of one of Vatto's men. There was no witness to it but Kimber at her alley-facing window, that is, until she'd told Trey. The first phone was for Vatto's business. The second was for the man's baby mama. But that third phone was for treachery. Had to be a line to the cops, the feds, or to Vatto's rivals. Kimber told Trey they should use that information to earn favor, but not to challenge. Dumb, dead Trey.

When she'd asked the next day about her brother, Vatto had laughed a cloud of Newport menthol into her face, told her Trey was on an out-of-town errand, like anyone would send her brother to do anything important.

She'd found nothing in the basement but bleached cement, but it wasn't like she'd have been able to bury Trey anyway. At least, wherever Vatto's men put him, they'd make damn sure he wouldn't be found.

Vatto's man Gabriel aimed a chewed thumbnail out the storefront windows, pointing out a barely-recognizable man on the sidewalk, one nicknamed Bedbug because of the way his pretty face usually worked on the ladies. Now, his face was a distorted mess, one eyelid swollen like a rotting plum.

"You do all that, little girl? Bedbug didn't see anyone behind him, but he thinks he might have gotten some help falling down last night. What do you think?" Gabriel asked as he fingered the butterfly knife at his belt.

"The pizza place dumps its grease down the sewer outside. Maybe he slipped. I've done it."

"Yeah, well, you're still alive, because Vatto laughed his ass off."

The phone in her pocket received calls from just one person. She answered on the third ring, no hello, as ordered. Vatto's voice was rough with chain-smoking, unmistakable. "You could've had the pretty-boy as your first time. I told him to be nice."

"Have you heard from Trey yet?" she asked. "I … I miss him and I need help at the laundromat."

"I told you. Keep everyone happy and maybe your brother comes home sooner. Don't give the ugly one anything to complain about, or I'll break you in myself."

She glanced out the windows again, amazed at Bedbug's distorted lips and scabbed nose. She didn't remember.

"I won't make the mistake of acting sweet," Gabriel said, leering. "You don't respect it enough."

Kimber swallowed against new panic jumping up her throat, searching her mind and finding no one there except herself to help.

Even Ma would've admired the pout in her voice. "Everyone knows you're Vatto's next-in-line. Why should I have to put up with less?" Gabriel straightened from his posed slouch, adjusted his neck chain. "It's almost closing time," she said. "I'll be waiting for you next door."

Kimber's Ma had always played on men's desires. Her brother would've called the parade of boyfriends dicks, but Ma cracked him, so Rick became the name of every boyfriend that came and went.

It was mostly joy Kimber remembered of their earlier life on the road, when they were between Ricks. It was just the three of them, the Monte Carlo's windows down while Ma yelled her schemes and promises over the road noise. Kimber would be stretched across the red vinyl ribs of the Monte's back seat, facing the scenery, imagining herself grown up, with a cute powder-blue convertible and having amazing adventures.

At highway stops, Ma would somehow find new Ricks. Men who wanted something bad—something unspeakable—needed someone who knew to give it without being asked. Ma could smell it on them, she'd say.

She would honey up to them, so admiring. Then, there'd be some urgent, ridiculous reason to have to trust him with her kids—yes, aren't they precious, less than 2 years apart—and they'd exchange personal information, the kind of stuff on a driver's license, just to make it all okay. And just for a few hours, she'd promise.

For Kimber and Trey, there'd be a trip to the souvenir shop, or a fast food place, or a movie. Movies were riskier, and Kimber would pretend to be scared, sitting on Trey's lap as protection for both of them against accidental touches in the dark.

They'd meet up with Ma again, in some other parking lot, to swap the kids back. By then, Kimber and Trey would've figured out which one of them was the guy's favorite, confirmed when the Rick offered to take just one out again, for a teddy bear tea party or a baseball game. Ma would agree, of course, so grateful for his babysitting and good influence on fatherless children. Until he got home, the Rick wouldn't figure out what Ma'd been ripping off while he was busy buying candy and planning his next move.

Their little family would be flush and on the road again. No matter how deep the well looked, Ma never went back for a second drink.

"But what if one of them does something to us …?" Trey asked.

Ma laughed. "Men like you're talking about would've had you in a van already, not be looking to make nice with me. These guys don't want to think they're monsters. That makes them safe first dates."

That was the start of Trey arguing with Ma about almost everything.

To shut him up, Ma said she was driving them for a real vacation by the beach, with seals and seagulls and everything. It ended up Lake Tahoe, not the beach, and there was something in the way Kimber stared that Ma started not to like either. Like a spy or a hanging judge, she'd say, and raise her slapping hand to make it stop.

Kimber had stopped dreaming at night by then, but being awake sometimes felt like it. In one motel's bathroom, she'd found herself about to gouge out Trey's eyes with both thumbs as he yelled that he'd only been kidding.

Not much after that, they'd landed here. Kimber had been driving while Ma slept it off in the back seat. She was fifteen, scrawny enough to pass for twelve. Trey was almost seventeen, and he'd punched the last two Ricks Ma had brought around.

Ma had to sell the Monte Carlo then, and Kimber had never felt more scared in her life, trapped here, in their last and worst city.

There had been tears in Ma's voice and the sound of trucks behind her as she called her kids from a burner phone. She cried, explaining she'd always been bad luck to them and vice versa, and she was tired of fighting fate. Her new Rick had his own RV and he loved her, really loved her.

That was it, and now Trey was gone, too.

After closing, Kimber lowered the steel curtain over the storefront and used a taped-up hanger to fish lost quarters from behind the dryers. A jar of scavenged money was all she had to fund her escape. There was an older-model rustbucket she'd scouted for sale several blocks away. No one had stolen the tires, because it was Vatto's block.

Last week, she'd asked the guy drinking on the nearest porch whether the car worked. He said it looked like shit, but ran okay. She made him start it right then, so she'd know if he kept it parked with its distributor cap, plugs, and battery. She told him her brother had said he wanted to buy it. The man gave her a weird look, like he might know Trey was dead, but that he assumed she was in the dark, an idiot.

The price on the windshield's sign was more than she had, but she could negotiate, which meant bringing a gas can and hotwiring the thing in the morning. Six a.m was the safest time to creep around neighborhoods like this. No one here rushed to school or work. They were all still half-dead from the night before.

When Kimber got back to the apartment from the laundromat, she walked over to the hall closet, and watched herself ripping out the wooden bar as easily as pulling the cardboard tube off a hanger. It was old, solid. Whatever happened to Bedbug, she noticed she hadn't cleaned the dark specks off this wood. She marveled at herself swinging it, arcing it over her head in sure hands. All those laundry bags had made her so strong.

There was a loud rap at the door "It's me, bitch."

Kimber took a deep breath, feeling herself gathering calm and whatever that new thing was inside her gathering strength. Remember this, she told herself.

The road was the only mother she acknowledged or had ever wanted. She just had to survive long enough to make it back home.

She rested the club behind her left shoulder, took a step back, and unchained the door.