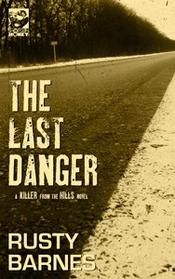 JESUS IN THE GHOST ROOM

Digging a ditch in my dreams,
fucking hard as brick biceps,

an attitude to match in the flare
of your cigarette. Someone is always

smoking in my dreams and always
it is you, father, shovel in your hand

as you run a blade into the muck
of our sewage system in 1976. I am

string it all together with a line of
letters. I want something, want

on words and the gall of trying
to say something profound.

Two appaloosas, haunts almost, sending flares
through the high buck of their tails and legs, lean muscle
tipping down almost-fallen trees. They snort white
as glue, extend their legs farther than their lives,
whicker away at the humans being around them, ghosts
no horse can bear.

Paris in 1924, a coal-lit brazier warming his hands,
Hemingway wrote and rubbed his palms together

in the time-honored motion of cold people through
the ages. I can see my old man rubbing his fingers

over a hot Thermos of coffee waiting for deer up
on the hill behind Dolly Golden's road,

my brother and I thumping down the ridge
driving deer toward him, the job of the young

in the provinces of the old, my brother with his
thirty aught six and me with a 12-gauge,

loaded with slugs and pursuing a deer I could
never bring myself to shoot. In my mind I can

more easily imagine turning the gun on
myself now, lodging the barrel against my fore-

beside me lost in her own world and like Hem
on that windy July day in Ketchum Idaho,

I am on the edge of a momentous decision. 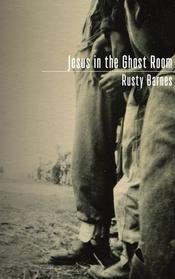 Rusty Barnes grew up in rural northern Appalachia and now lives in Massachusetts. He's published work in many journals, and his latest books are the crime novel The Last Danger and the poetry collection Jesus in the Ghost Room. 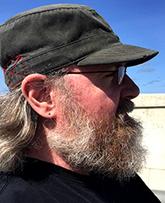