David Cranmer is the editor of the BEAT to a PULP webzine and whose own body of work has appeared in The Five-Two, Needle: A Magazine of Noir, LitReactor, Macmillan's Criminal Element, and Chicken Soup for the Soul. He's a dedicated Whovian, and he also enjoys jazz and backgammon. He lives in scenic upstate New York with his wife and daughter, and he can be found on Twitter @BEATtoaPULP. 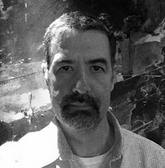 She longs to be with her children
Traveling over Mackinaw Bridge
Showing them her once home in Michigan
The driver took her anywhere, anywhere but there.

Last seen in Middleburgh, New York
Wanting for a brand new day
"She feared for her life," a brother claims
A "victim of foul play," the police say.

A hole in the sky opens the divide
An endless river of restless dead
To those who aren't afforded sleep
Justice moves their way … on the creep.

Beneath floorboards, and from the dirt
A mother's bleeding heart is heard
"Every nook and cranny has its tears."
What was lost shall be restored.


THE KILLING OF JAMAL KHASHOGGI

Dignity is tortured,
murdered,
and dismembered.

Not so, for a
Virginia resident
—by the name Jamal Khashoggi.

Other poems by David Cranmer at

The Good, The Kind, The Peaceful

The Fuse is Burning
​Hugh Chaffin