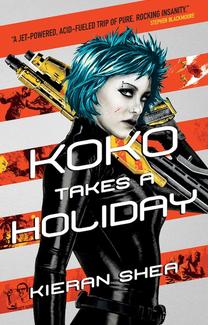 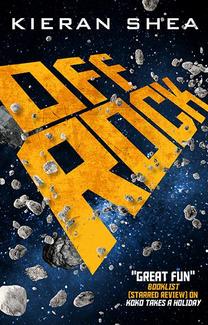 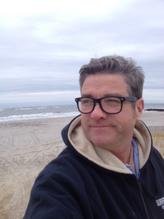 And the Woman Who Once Was Naboth's

Kieran Shea believes not having a tattoo is the new tattoo and that high explosives can cure just about anything. He's written four novels for Titan Books, each salacious and inappropriate in its own twisted way, and just sold a collection AMERICANA PSYCHORAMA slated for publication in 2020.

And the woman who once was Naboth's would not stop screaming.

It was a fierce and relentless sound, unnatural in pitch, the likes of which he'd never heard from her before. Why, she'd shame a screech owl, he thought vaguely. Naboth figured no one could hear her plangent expression of anguish and though it was disturbing to his ear, her histrionics could be dealt with shortly.

Naboth couldn't recall precisely when the idea struck him, but he no longer saw himself as married and vowed never to utter the woman's name again. Truth be told, it'd been barely two years since they got hitched legal and in his mind the depraved Jezebel damn well knew that this was coming. She'd been exposed to his darker shifts of character, especially the moods that materialized after he had himself a few tips of tinted grain. Greased by potent spirits, he became a beastly man, a spouter of high moral principles, most of which weren't high or moral at all and fairly objectionable. He raged. He frothed.

Lifting his single-action revolver he studied the weapon's forged steel. Naboth then entertained a fleeting notion that the fatal violence that had just transpired hadn't happened at all, that his brother Joshua's terminus was nothing more than a projection of madness. To some degree Naboth was cognizant of his alcoholic addled state, but the weird thing was he didn't remember imbibing any liquor at all, not really. So when did that happen? Had time sped up on him? Had his anger blurred the harsh boundaries of the temporal and stolen reason yet again? Perhaps. Hell, the last thing he recalled was being out in the woods. One moment there he was trying to shoot a few rabbits for supper and the next thing he knew there were the two of them, his wife and his brother, swapping juice for jelly on his own damn cot. As soon as he breached the tent's threshold, the mingling of their musky relations was so pungent and so vile it made Naboth's nostrils burn and his eyes water. Words were exchanged but rather than fight his gibbering traitor of a brother or strangling that cock-struck whore who used to be his wife, Naboth stormed off directionless in a wild-eyed huff.

Lies and truth, truth and lies, again and again. Over the years Naboth passed through many deceptions he felt were real but proved to be nothing more than the machinations of his unsettled mind. After the war, these delusive episodes took on horrific shadows and to his consternation he found the episodes unconfined to slumber. He relived past nightmares in the present, like that time when those twelve and twenty-four pounders pummeled A.P. Hill's fortified lines so unremittingly that half of those Naboth befriended got themselves pulped. He relived the pain of that long day in an arresting instant as often as he did the thrill of that moonlit action where he killed his first man by buttstroked rifle. These delusions had all the sensory trimmings: the pap-pap-pap gunshots and the boom-boom-boom artillery, the cloying hot stench of excrement and the chattering buzz of swerving insects, the sudden gusts of flushed game and the shouts and the prayers silenced by circumstance. Recollections of open ground engagements were the worst. It took a team of almost a dozen blue-bellies to man a field cannon, first electing bombardment by siege ball and then, if their fortunes lost favor, they employed those great indiscriminate death capes of grapeshot. It was otherworldly, the butchery he saw. Heads, legs, arms, jawbones completely sheared off, horses blinded by shrapnel and sometimes intention, boys eviscerated from the waist up and vice-versa. It'd been such a merciless fray of abomination that it was impossible to describe the violence or the nightmares that still plagued him to those who were not familiar with combat. Of course, the writing was on the wall after those three sweltering days up in Pennsylvania when Lee's hesitant deployment of his divisions spoiled the last best chance to end it, and it was only by Naboth's own wiliness and dumb luck did he survive those days at all. Exhausted and hiding amongst the freshly slaughtered, he filched the gore-soaked woolens off of an Irishman who was still breathing. The Irishman's face was a flap of hammered meat and he pleaded with Naboth to quickly dispatch his soul to Jesus. Naboth didn't believe in Jesus or a soul for that matter, but he did empathize with the dying man's urgency. He obliged the Irishman's request with his D-guard blade and he couldn't be sure but he thought the Irishman smiled. Later in the baffling aftermath of the battle staggering about in stolen clothes, Naboth managed to slip away unnoticed and eventually made his way north.

He worked for logging outfit up along the Susquehanna for a while until he had his fill of it, and then drifted east. Reaching the unpleasantness of Philadelphia, Naboth turned south and before long met big water. It was along the sandy shores of Delaware Bay just in from Cape Henelopen's hook and the Atlantic where he finally settled. He took an apprenticeship first for food and lodging and then for pay that allowed him to develop some skill at carpentry.

Naboth gazed down on the sprawled corpse of his brother several yards away and decided right then he needed to know for certain he wasn't having another fit of delusion. Without delay he raised his revolver and trained its sights on Joshua once more. Then he closed his eyes and squeezed the trigger.

The revolver crack-jumped in his hand, and the recoil sent a vibrant twang up Naboth's arm. After the report expired amongst the surrounding beech and loblolly pines, Naboth opened his eyes and again absorbed what lead at fantastic velocity does to the corporal form. The first bullet he'd fired, the one that cut Joshua down and stopped his heart, pierced his brother clean, but the second shot tore damn near half of Joshua's head off. Under infinitely saner circumstances Naboth might've complimented himself on his marksmanship, but seeing that it was fratricide, he thought taking pride in his shooting to be a little bit obscene. Such a gruesome human distortion. Flesh, hair, brain matter, bone, identity—all ruptured beyond recognition. It then occurred to Naboth that he was once more officially alone in the world.

A drop of something settled on Naboth's lower lip. When he licked it off, Naboth realized that the globule was a sample of his brother's blood. He estimated the droplet must've flown a good twelve feet and the iron tang made him shudder; was his own blood really the same? It was a troubling conjecture and really who could say. The story as they both knew it from their late mother was that their father died from pneumonia when both boys were too young to remember. In the ensuing urgency of her widowhood their mother, having no discernable talent for farming or trade work, took up with all manner of men to survive. Miscreants and bullies mostly, all of whom treated the three of them poorly. Just before she hung herself in a livery stable one December morning, the last man who shared their mother's bed beat her with a bridle bit in a stocking so viciously he caved in her left eye socket. Naboth and Joshua were sixteen and thirteen respectively then and this was in Petersburg, Virginia. When they found their mother swaying from a hewed beam of walnut it might have been the last time both of them cried. Later, after rolling a whiskey-soused traveller for his purse and rifle, they reckoned they had no other choice but to take to the deeper wilds. Thankfully it was a mild winter and by summer they'd mastered the art of subsisting on what they scrounged, caught, or killed. Months into their adventure Joshua confided he couldn't take it any longer and advised his brother of a scheme to catch a James River barge heading for Norfolk. Naboth privately hated the idea, but he encouraged his brother to do this. As he saw it he'd been doing most of the work anyway, so he saw Joshua's departure as a blessing.

Years on, when they came together on a sandy street in Lewes, Delaware, Naboth learned that Joshua had lucked out of the war by talking his way onto a merchant ship bound for England just before the hostilities broke out. Joshua shared with Naboth many tales of his escapades at sea, of how he worked his way up from cook's assistant and holystoning the decks to the esteemed level of able seaman and then sail maker's mate. By way of a dandy who happened to be awful at cards, in Liverpool Joshua got himself on a Norwegian vessel heading for new baleen killing grounds. Chasing the elusive species of whale, he'd been to many exotic places and seen "the elephant" as they say, but after a stretch Joshua felt drawn to home. He'd heard of the great conflict naturally, but Appomattox was long over before he could figure out a way to get back to America. A fellow seadog also talented at sail making egged Joshua into joining him in a boatyard venture his relatives had started in Lewes. Whatever passed for entry processes were easily sidestepped and it all seemed like so much fate. Just married to the woman who was no longer his, Naboth asked his brother for help building a cabin on some leased land several miles southwest of town. Joshua talked with the Norsks he worked for and the kindly entrepreneurs blessed him with a penalty-free absence of two weeks.

And this was where they were. Naboth alive, his brother slain, and that split-tailed, treacherous cow … in a buggy clearing with six acres plowed for farming adjacent, with a half-finished cabin, two tents, three mules, a wagon, assorted casks, tools, six chickens, and nascent homestead sundries.

When Naboth twisted to face the woman who once was his, to his surprise she abruptly ceased her awful keening and scat. He almost shot her in the back before she got too far into the woods, but then he thought better of it. He knew what was going to happen once she reached town, how she'd call him a murderer and make up any story she liked to keep her defiled virtue intact. So he took a stick of kindling from the cook fire and set everything he could in the camp ablaze. He freed the three mules but the chickens were on their own. Oh, how he craved to see that woman who once was his one more time, when the distant rising smoke from the fires he set stole her precious thunder. It would be so satisfying to see the realization of the hardships facing her with no money to speak of, only charred and worthless trinkets from her family, how she had no prospects or future at all, just that checkered muslin dress on her back. Naboth suspected like his mother she'd turn to the facilitation of sin for her bread, and he almost felt a laugh coming on even as he put the revolver's muzzle, still warm, to his temple.