After growing up on a Nebraska farm, Richard Prosch worked as a professional writer, artist, and teacher in Wyoming, South Carolina, and Missouri. His western and crime fiction captures the fleeting history and lonely frontier stories of his youth where characters aren't always what they seem, and the windburned landscapes are filled with swift, deadly danger. In 2016, Richard roped the Spur Award for short fiction given by Western Writers of America. Read more at www.RichardProsch.com.

I should've known better than to get in the water.

Perhaps it was the smell of chlorine, offering a sense of health and cleanliness I've always associated with athletics and fair play. Or maybe, after so many years of responsible servitude, I wanted to break free; "let my hair down," as the kids said more than a century ago.

Maybe I wanted a few moments of pure recreation.

We Herman™ 345 units certainly weren't designed to be recreational robots.

But I was a romantic at heart.

How else could I even remotely enjoy hosting twelve loud, rambunctious, over-indulged young people for a late-night frolic in the station's swimming pod?

Comparing our living pod with ancient photos I've seen, there's virtually no difference between our station's pool and any suburban indoor swimming pool from the middle-20th century. We enjoyed a lovely cube of a room, its cobalt underwater lamps casting bright patterns across an arched, cedar beam ceiling. Faux walnut panels covered the walls, artificial granite tile, and an orange shag carpet on the floor.

The 47,000-gallon unit itself, inlaid in a durable turquoise shell of carbon fiber was identical to the vintage pools of yesterday, right down to the depth markers on the sides to the floating rope marking off the "deep end."

Vonnegut called the entire effect a "groovy pad" after the ancient slang once again in vogue, and naturally I agreed.

One benefit to hanging 27,300 miles above the Earth in a synchronous artificial gravity loop is that there aren't any neighbors to disturb.

Our pool party was literally in orbit.

And there were no "squares" around. Having taken a transport shuttle to Station 12 for dinner and a show, the adult population of our station was out for the evening.

Which left me in charge of a dozen screaming, splashing, self-important adolescents.

As they paddled around on both ends of the pool, swimming, treading, passing a ball back and forth over a net, I was overcome with encoded nostalgia for a childhood I'd never had.

"C'mon Herman, get in the water!" said Vonnegut Bert, the Commander's son.

Some of the adults called him a delinquent with his dirty blond hair and smattering of facial tattoos. His parents nagged him about his weight, a flabby girth that even the most slimming SkinSlip™ didn't hide.

Honestly, he wasn't any worse than the rest of the children. They were all comfortable and over-privileged. With lives unencumbered by planet-side work, they were soft and arrogant.

They had nothing to push against.

But they were in my care.

"Only how the entire station runs. That's what he knows," said Alex Ahern, late of Tanzania, perhaps the mission's brightest student.

His retort was all too true. If anyone knew the intricacies of our space station, it was August Daws.

Not only had Daws designed my own initial startup systems, he continually worked to improve my efficiency by smoothing my network pathways and tying me ever more intricately into the local systems.

I was literally one with the station.

"C'mon in the water anyway," said Vonnegut again. "I dare you."

Of all 12 residents currently in orbit, I disliked Calandra the most.

The proposition seemed to bring joy to everyone, including Jem and Jill Marta, the somber twins.

I won't say I didn't have my doubts about joining them.

But I was foolishly high in spirit, and the night was young.

Really, I shouldn't have done it.

"All right," I said, sitting on the edge of the pool and slipping off my SoftySandles™.

Carefully, I levered myself into the pool at the five-foot mark, letting the surprisingly cool bath envelope my feet, legs and torso. At 350 pounds it was difficult for me to float, but with one hand on the rim of the pool, I did my best to simulate the treading of water.

"That's the way!" said Vonnegut, launching the spinning volleyball into the air before popping it across the top of the net with ease. Calandra returned the serve and the game was on until Alex dove sideways and missed with a resounding splash.

Everybody laughed, and Alex tossed the ball to me.

Still gripping the edge, I caught the ball and batted it away in one fluid motion.

Almost immediately, the other "side" complained.

"No fair! Herman's got better reflexes than us," said Calandra.

It's true. Super-human abilities were my default setting. "No problem," I bragged, adjusting my internal settings. "I can turn those attributes off."

"Do you have settings for these lights?" asked Alex. "I got blinded that time."

"Naturally," I said, dimming things down a bit. "The entire station is routed through me."

I bowed, only to be hit on the back of the head with the ball. When I turned toward the attack, I saw Calandra smiling with mischievous glee.

"Some of his ideas may seem impractical," I said. "But the bottom line is—"

"The bottom line is they work," said Vonnegut, now coming up beside me to serve the ball back across the net.

Calandra moved to intercept and again punched the ball in my direction where, unfortunately, it struck a loose servo-module in my neck.

I'd been pestering Daws to fix it for weeks.

Of course, there was no real damage. Just like human beings, I have dozens of redundant systems to compensate for small injuries.

That said, the bright, crackling light effect that followed had a rather mesmerizing effect on the children.

Again, Calandra had sent the ball my way, this time knocking aside a small gyroscopic rotor in my shoulder with a brilliant orange popping effect.

"Far-freaking-out," said Vonnegut, quickly retrieving the ball. "You didn't tell us you were a walking light show."

Before I could respond, he rose out of the water and, with both arms, drove the ball into my face.

Such a surprise, coupled with the faulty gyro set me adrift in the water.

As my head went under, another series of blue and green crackling lights went off, rewarding Vonnegut's bad behavior and spurring on the others.

Vonnegut hit me with the ball. Then again.

And then all of them were around me treading fast in a circle, pushing me under the water where my circuits cracked and warning lights exploded, hitting, kicking, hitting …

The water churned, and I remembered an old earth story about sharks and blood in the water.

At some point, I stopped trying to right myself.

There was no climax to the beating I took.

No ultimate implosion or short-circuit that I could detect.

One minute I was attempting to reach the side of the pool without harming the children, the next I was floating in a pleasant void.

I could still hear my attackers.

"Kick the shit out of him!"

But their angry words came from a long way away, and I found myself rather peacefully reflecting on the situation, my cracked exterior burned away, my insides filling with water, bloating, bursting.

I floated in a sort of pleasant haze.

Nothing to push against.

If this was death, it wasn't so bad after all.

And then the blue pod lights at the bottom of the pool winked out one by one.

Far away, I heard Vonnegut's whining.

"Hey! What's going on? Why are the lights going out?"

I would've been pleased to have told him. If only I was able.

Then a siren rang.

Yes it is, I thought, dreaming of the stars above, the planet below.

It is indeed the life support. A delicate balance of oxygen and nitrogen and artificial pressures and gravity … all tied in to me.

And then in a millisecond, the gravity went and 47,000 gallons of water, along with everything else not bolted down rushed into the trembling walls, ceiling, and glass windows, bursting out into an immense, airless void.

Where there was nothing to push against. 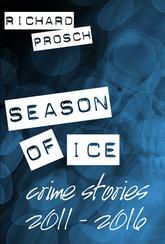 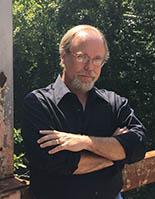 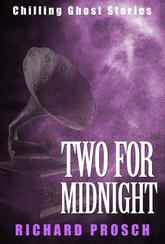 Nothing to Push Against